Craziness that is life

It sucks when life is so busy you can barely get things done.  Usually I can do blogger things while I am at work or during lunch, that just isn't the case lately.  Blah!  I am struggling to get time to keep on top of everything.  Some family was in over the 4th of July weekend.  I had tried to powerwash our front porch before they came in preparation for getting a small storage shed we were going to put on it.  That resulted in the porch needing to be repainted as old paint flaked off and then we found porch posts had rotted and needed to be replaced.  So that has taken up a LOT of free time.  Plus de-landscaping the back of our house and selling SO MANY plants...  I have been a selling fool these past 2 weeks.  Next will be some tack, LOTS of girths, one day it will be quiet again lol.
So before the 4th, the farrier was supposed to come out.  He canceled 2 hours before he was supposed to show up and refused to reschedule, saying he would "let us know" when he could come.  Except he has done this 3 times and it takes weeks to get rescheduled so the horses are then long overdue.  This last time, the other boarder had enough (it was originally her farrier anyway) and was able to get a barefoot trimmer out of New York to come visit us.  She has been talking with this farrier for about 3-4 months and we just went ahead and decided to try her.

What a difference.  I gave zero instruction as to what I was unhappy with currently, just let her do her thing.  She made a huge difference in App.  App went from a grade 4 lameness to walking off a 2 at worst.  OMG.  She brought his heels back (FINALLY), changed his bars and the overall balance.  He is standing so much more comfortable and when she finished his front feet, he let out a huge sigh and did some licking and chewing.  Awwww!  Poor man must have been uncomfortable for a while, damn farriers.  I have complained ad nauseam about his hoof balance and underun heels and no one would actually fix them.
Mia wasn't nearly as big of a change, she really addressed Mia's slightly clubby foot and brought her heels way down.  She changed the balance of her fronts and said her hinds were in very good shape.  The downside is this farrier is more than double the cost of a typical trim (because she has to travel so far) but if she can make App almost sound so I am not considering putting him down for the winter? 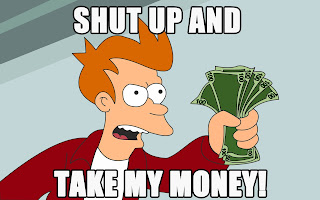 The barn got 3 new boarders this month so we are now full again and 2 of them ride at night!  So far, I have had someone to ride with every single time I have gone to the barn for the past 2 weeks.  It is really cool!  It is really different, after riding by myself almost exclusively for 16 months, but really cool.  The one who rides with me the most is a good bit older and a fearful rider but I am being a "good/bad" influence and having her do things like walk up/down a hill, trotting outside and she even cantered on her own.  Cantering is something she hasn't done outside of a lesson in a very long time (her words).  She is thrilled I am riding with her and encouraging her to push her boundaries of comfort, hopefully, she gets her confidence soon.  She has ridden in only lessons for the past 9 years, has been an "indoor arena only" person, and only with other people with her.  I told her she is welcome to ride with me, but I ride outside as well as out and about.
I have more updates, so many updates, so another post is to come this week.  What did we do?  Where did we go?  Who did we see?  Stay tuned!
Posted by appydoesdressage at 1:07 PM