Time for a dental visit!

A few weeks ago the vet was out for spring shots so after a rest in the checkbook, it was time for the dentist come out and took a look at everyone.  I was a little worried Mia, when Dr A was out in Nov/Dec he looked at her teeth and said she had very sharp molars.  He filed them done a little and Mia was quite kicky and tossed everyone around even with sedation.  The dentist I use uses hand tools and doesn't typically sedate horses.  The boys are fine with it but Ms Thang had me worried so I had grabbed a shot of Ace from Dr A when he was out and I gave it to Mia when the dentist arrived.  Time to let her cook!

He looked at TWH first and TWH had some really sharp edges that were creating sores on his cheeks.  Poor guy!  He wasn't nearly as offended as last year though and despite a couple of horrified looks, he handled the procedure quite nicely.  His teeth did take a while, almost double the time of the App's, so I am really looking forward to seeing if he rides any nicer tonight.  The dentist couldn't offer any explanation as to why his back molars were so sharp, it is just a thing and we will need to stay on top of it.  Can do!

We took a look at Mia and she was getting drowsy but was still alert so we moved onto the App next.  The dentist said the App was actually in very good shape, if I didn't want to do his teeth he would be fine.  I had him done anyway, no sense in letting mildly sharp edges get really sharp, but he said the App's teeth are still in very good shape for a coming 21 year old.  Go App!

We finally got to Ms Thang and the Ace had definitely taken it's hold upon her.  She is definitely not a lightweight and needs stronger doses of drugs, unlike the TWH who could just look at drugs and be higher than a kite.  It was enough to knock the edge off, however, and we got to work.  Mia had sharp top and bottom molars, the tops were about a 5 on sharpness from where Dr A had filed them down some in the Nov/Dec visit.  He didn't have a full speculum however and wasn't able to do a full float.  Her bottoms were about a 9 on a sharpness scale, ouch.  Time to file these bad boys down!

Mia was quite unhappy about her visit, she first clamped her mouth shut and refused to take the speculum.   The dentist had to mess with her for almost 2 full minutes before he could get her to open her mouth enough to slip it in.  Then she clamped her mouth down and he had a heck of a time getting the speculum open so he could work, oh mare!  He won out in the end though and got her started.  After he worked a bit, he was about to take a break and Mia actually tried to bite his arm!  He laughed at her and said he knew she would LOVE to tear his arm off but he wasn't going to let that happen with her mouth clamped open.  He gave her a break by closing the speculum but left it on for the entire exam, unlike the boys.  I don't blame him! 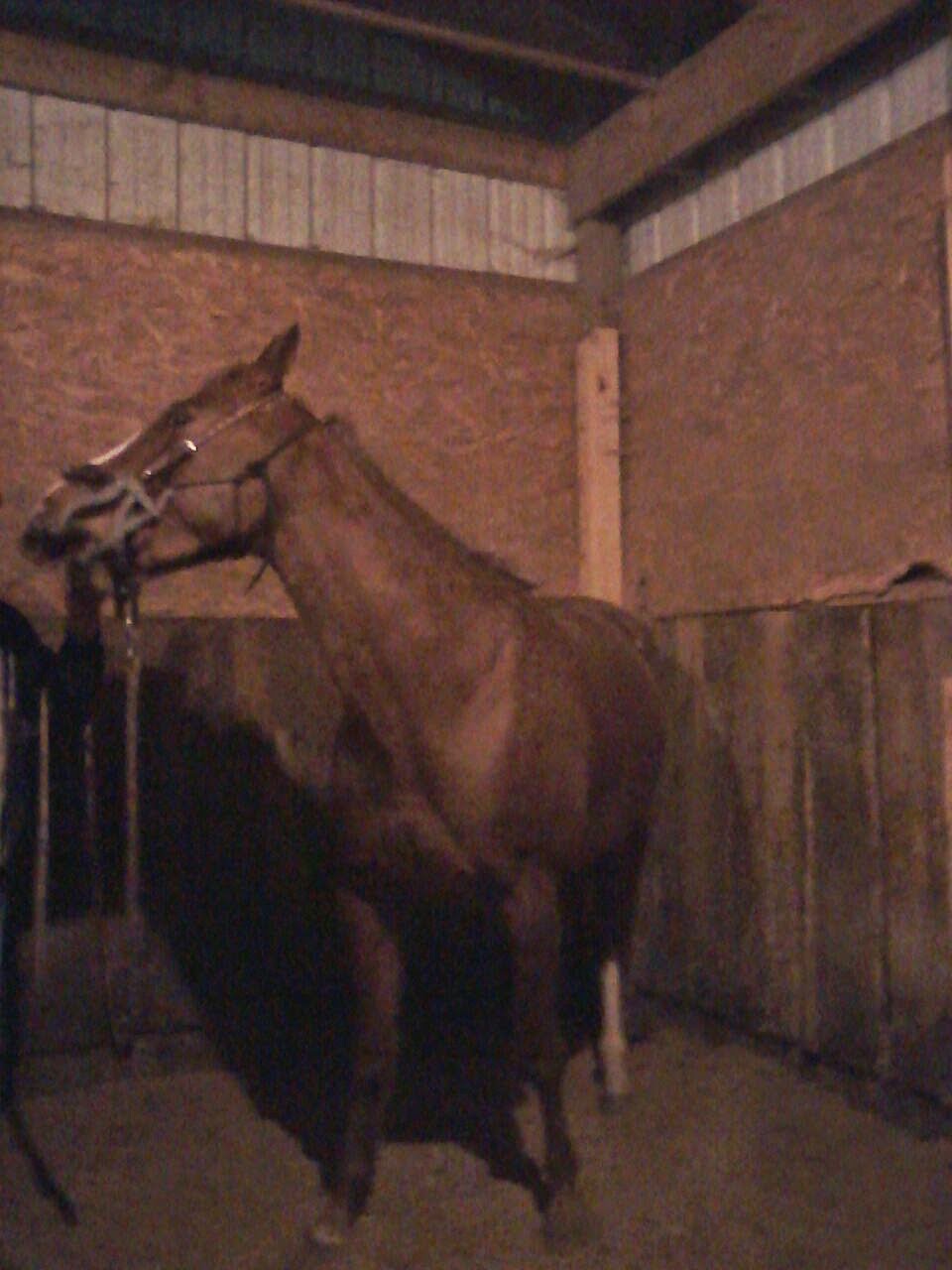 Mia fought to keep her mouth shut when he tried to reopen the speculum but eventually failed and we were able to finish her up.  She only tried to get away once and she didn't kick or throw anyone around which is a huge improvement from the end of last year.  The dentist even said to not sedate her next time, he thinks she will be good!  I am happy I got everyone done, just in time to go cross country schooling.  I am gave everyone the night off and am going to ride tonight, I am excited to see if there is a difference in Mia!
Posted by appydoesdressage at 3:42 AM